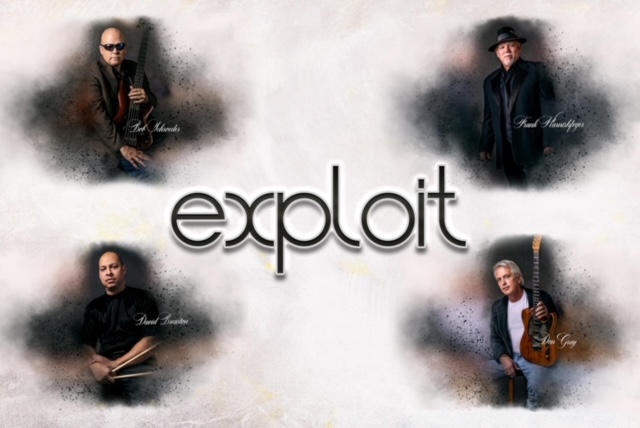 Bob is married to Ria (31 years on August 10, 2021) with three (four) children:  Sydney J. Schroeder, N.D. (29) in Arizona, Cory (27), Lauren (18) and their Cavapooh Belle Bottom.  Bob has worked for Pathology laboratories/Sonic Healthcare for 34 year and started working for Bon Secours Mercy Health as the Director of Outreach Laboratory for their Samaritan Division in May of 2020.  Both Sydney and Lauren will sing with the band when they are out.  Sydney being in Arizona not as much anymore, she received her Medical Degree in Naturopathic Medicine in 2020 and is currently studying for her Master’s Degree.  Lauren Jean has won Ohio Has Talent in 2019, appeared on American Idol receiving a Golden Ticket and made it to the top 90 in 2019-2020 season.  Ria and Bob have fought to keep their son Cory alive all these years.  Cory has a Mitochondrial Disease and most die by the age of 6!  He currently is 27 and is proving them all wrong.

Bob’s musical career started in 1980 at the age of 16, when he was a member of the Blanchard Valley Bluegrass Boys.  That band won Best New Bluegrass Band in America in 1983 and recorded 2 albums in 1982 and 1984.  The latter album is featured with a link to YouTube on this website.  The band consisted of Ed Burwell (Banjo, Fiddle, Lead and Harmony Vocals), Lynn Fox (Mandolin, Vocals), Rudy Okuly (RIP) (Guitar, Vocals), Bob Schroeder (Bass, Lead and Harmony Vocals).  This band disbanded on August 3, 1986.

Bob Schroeder (Guitar, Bass, Drums, Lead and Harmony Vocals).  In 1993 Exploit released “Pretty Girls on the Dance Floor” which you can listen to on this website.  Featuring original songs and a few covers.

In 1998 the remaining 4 members, Ed, Bob, Mark and Andy released “Summer of ‘98” with 4 songs that you can also listen to on this website. Exploit added Travis Parsons on Drums and Travis Williams on Guitar when Mark and Ed left the band in 2000.  Exploit disbanded in 2002.

Exploit then reformed in 2008 with Ed Burwell, Mark “Slappa” Utz, Frank Harnishfeger and Bob Schroeder.  Ed left in 2011, we added Jim Miller and Bill Goodwin on guitars.  In 2012 Jack Martinez joined the band on Guitar and Lead and Harmony vocals.  Jack passed away in August 2020!  Rest in Peace Jack!!!!

Don Gray joined on Guitar and Vocals in September 2020 and we added David Breaston on drums, lead and Harmony vocals in May 2021.  Exploit still performs with a horn section on occasion which is called Exploit Deluxe which adds Chuck Summers (Sax, Lead and Harmony Vocals), Jack Burwell (Trombone) and Bill Burwell (Trumpet).

Bob’s main job is to Sing Lead and Harmony and play bass and acoustic guitar.

I was born and raised in Lima, OH.  I went to South Jr. High School and Lima Senior High School where I was the Pep Band Director.  I started playing piano when I was 5.  Mom bought an organ and piano for the house and I used to sit down and pick out songs.  I started playing piano for our church at about 11 years old.  We went to a Pentecostal church and that is how I learned to play “Rock & Roll”.  I did not take music lessons, so I always thank GOD for teaching me how to play.

I have been playing locally since 1979.  I have been wearing my hat and glasses since that time.  A local Lima musician named me “Elwood” the first time he saw me, and the name has stuck since then.  Some of the bands I have played with are:

I have opened for Waylon Jennings.  I played with: Leslie Gore, The Shirelles and The Dixie Cups.  I have also rented my keyboards to: Mitch Rider and The Detroit Wheels, Ray Stevens and Ray Charles.
There are many great musicians in the Limaland area, and I have been blessed to play with many of them.  I hope you will enjoy the latest band I am playing with!

Don Gray is the bands lead guitarist and provides additional vocals to Exploit. Having spent six years in Nashville Tennessee, Don has toured with various national artist and included studio work in Nashville as well. Previous Ohio bands are Buck Tanner Band, Little Rock, Flyer and Nashville Crush. Being one of the original Nashville cats, he brings his talent with acoustic and electric guitars to the stage and in the studio. Being a vintage guitar aficionado, he is usually found sporting a vintage Fender Telecaster for that definitive Nashville sound. The quintessential Sharp Dressed Man, Don is always in step with the occasion helping to provide the back drop for a night of fun and dancing! Don't forget to step up and introduce yourself or just to say hello!

Born in Lima, OH, and the oldest of 5, David learned to love music an an early age.  His father was a member of the group Exodus, a Christian group that toured internationally, and his mother, also a singer, would expose him early to music ranging from Beethoven to Bee Gees.  He was introduced to various instruments, however, his deepest passion was for the drums.

As his technique and reading ability developed, David would begin to play with groups such as Victor Williamson, Praise, and Exodus.  At Age 16, he met guitarist/producer Jimi Goare while performing at Lima's Greater Christ Temple, who later recruited David to participate in bands such as Black Eyed Susan, and the Delphos All-Stars, later renamed the Hipnotix.  In school he played in the symphonic and concert band, jazz band, marching band and would garner several awards throughout his academic career.  He was a founding member of Sucker Punch. He traveled with the group Committed.  He has also played with The Will Freed Band, The Lima All-Stars, Armory, and Gutter Funk.  Currently he's playing with Exploit while subbing in with various tribute bands in the area.